There are numerous article rewriters and rephrasing tools available online each designed for a different purpose. What we are interested in is rewording tools and rewriters appropriate for academic writing. In our previous blog, we provided a review of all the popular paraphrasing tools and rewording tools actively used by the writing community. The question is how do we test these tools’ ability to rephrase and rewrite academic content? We chose to do this by passing a piece of text through all the major article rewriters and examining the output. We have chosen the following text for testing purposes.

The above text has a good combination of common and scientific words. Let’s see how existing article rewriters process the text.

REF-N-WRITE provides a list of academic phrase templates appropriate for the text being processed. These phrase templates are extracted from high-quality scientific journal papers. The output from the REF-N-WRITE Rephrase tool can be seen above.  The tool offers plenty of writing ideas that the user can use to reword and rewrite the text into a format that is academically acceptable.

The output from the QuillBot article rewriter tool is shown above. In addition to swapping some words with their synonyms, the text has been rephrased and made shorter than the original. This is very impressive since the meaning of the text has been retained without the introduction of any grammatical errors.

Rewordify claims to simplify the text by replacing hard words with relatively easy words. The reworded text from the tool is shown in the above figure. Although the rewording tool hasn’t automatically rewritten the sentence or paragraph, it has provided some very useful suggestions to improvise the text.

Simplish operates similar to Rewordify in the way it rewrites the text. It simplifies the text by swapping difficult words for simple equivalents. The processed text from the rewording tool is shown above. As you can see, some minor changes should be made to the rephrased text to improve the readability.

5. Article Rewriter and Simplifier from SEOtoolzz

Article rewriter from SEOtoolzz is another tool that claims to simplify sentences.  The output above shows the rewritten text from the SEOtoolz article rewriter. The tool has done a good job of retaining the overall meaning of the text, however, has only replaced one word in the entire sentence.

Paraphrasing-tool is an online rephrase tool that allows users to reword and rewrite articles. The output from the paraphrase-tool is shown above. The tool has done very well in rewording the verb and noun phrases without any grammatical errors. However, it should be noted that some technical words have been replaced with words that are not very common in use.

GoParaphrase is an online rewording tool that is quite similar to other online rephrasing tools. The rewritten text from the tool is shown above. The tool certainly gives good suggestions for replacement words and phrases, however, has introduced some grammatical errors in the text. The user would need to correct these before using the text.

Spinbot is an online article rewriter. The output from the Spinbot rephrase tool is shown above. It can be seen that the tool produces quite similar output to paraphrasing-tool.com, however, there are some differences in the choice of words used by both tools.

Duplichecker is another rewording tool that is available online. The processed text from the Duplichecker tool is shown above. Rewritten text from Duplichecker is significantly different from other rephrase tools discussed above. It has done a very good job in rewriting the text, although with one minor grammatical error.

Complex sentence generator is a sentence rewording and rewriting tool available online. The output from the complex sentence generator tool is shown above. The tool has rewritten generic phrases in the sentence and hasn’t attempted to process the technical terms in the text. This is good because some of the tools discussed above has attempted to rewrite the technical terms and failed as they were replaced with uncommon words.

The Article Rewriter Tool is another online rewording tool that is available for free. The rewritten and rephrased text is shown above. The output is quite similar to the Spinbot and Paraphrasing-Tool.com tools discussed above, with the exception of the word ‘technique’ which has been replaced by the word ‘strategy’ here.

This article rewriter is available from ProjectTopics.com website. The output of the ProjectTopics rephraser is shown above.  The performance is quite similar to other paraphrasing tools discussed in this blog. It doesn’t attempt to do anything more than simple word replacement, however, the rewritten text is error-free and doesn’t contain any grammatical errors.

SEO Tool Station offers a free online article rewriter for spinning text for use in websites. The processed text by the SEO article rewriter is shown above. The way the text has been rephrased and rewritten is quite interesting. There is nothing wrong with the text, however, the tool has made the text sound more complicated than the original, by replacing the word, ‘common’ with ‘not unusual’.

Edubirdie is an essay writing service website. They offer a free rewording tool on their site. We classify Edubirdie as a word suggestion tool, as it doesn’t do any rephrasing or rewording. The tool simply highlights all the words and when the user on clicks on a word, the synonyms are displayed below.

SEO Tools centre offers a combo tool which rewords the text and as well as displays possible synonyms of the words. The users can either use the paraphrased text as it is, or selectively replace some words with the synonyms listed by the tool.

Rewriter Tools website offers a free article rewriter. The functionality is quite similar to the previous two tools, however, it is slightly conservative than other tools. Instead of listing synonyms for all the words in the text it is a bit selective. The output from the Rewriter tools is shown above.

There are plenty of paid paraphrasing tools that offer word replacement suggestions inline within the text. These article rewriters offer numerous suggestions for each word with the replacement suggestions enclosed in curly braces. For example, technique {method|algorithm|process}. Such tools operate on the principle of handing over the control to the user rather than attempting to rewrite the text. 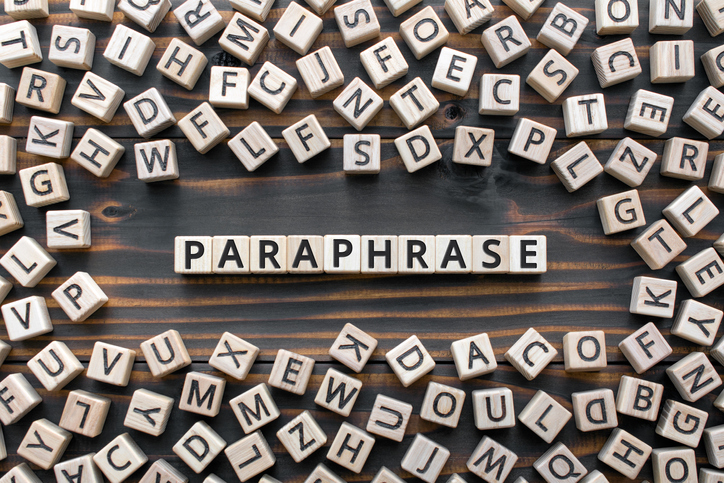 In this blog, we explain good paraphrasing techniques. We also discuss how paraphrasing tools and plagiarism checkers can be used to avoid academic misconduct. 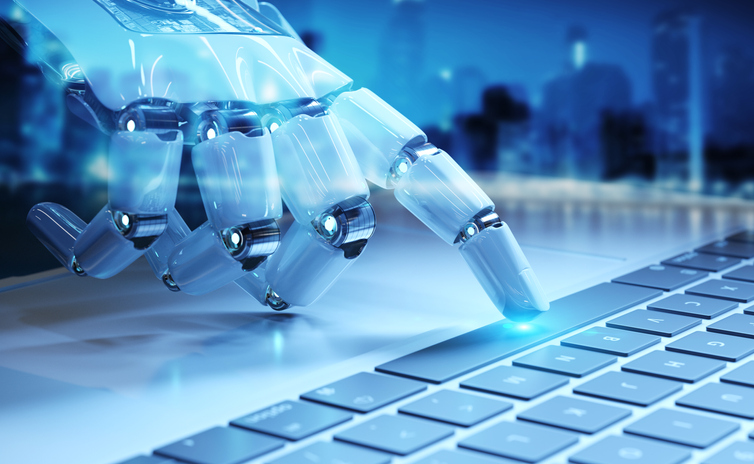 In this blog, we review the paraphrasing and rewriter tools available in the market at the moment and classify them based on their functionality.

In the blog, we focus on academic and scientific paraphrasing software tools that help students to rewrite their essay into an academically acceptable format.